Mexico City, April 24, 2021.- Mexican artist Adry del Rocío painted the mural “Flying in Sorority” curated and produced by Street Art for Mankind (SAM) as part of the Generation Equality Forum closing ceremony.  The piece, which aims to recognize Mexico’s feminist movements in all their diversity from a historical perspective, and call for action towards gender equality, is inspired by the aspirations of youth and will be Generation Equality’s legacy in the first city to host this international Forum.

UN Women Executive Director, Phumzile Mlambo-Ngcuka, symbolically painted the final touch of the wall along with Adry as part of her official visit to Mexico City. In her remarks during the inauguration ceremony, she recognized the power of art and culture for the feminist movement, especially in Latin America and Mexico.

“You are such an inspiration, I was so glad to see you finishing work on your amazing piece of art. You have inspired us to put in place mechanisms for artists for Generation Equality. So – through your work – we throw down a challenge to other artists to be a part of Generation Equality”, said Ms. Mlambo-Ngcuka. 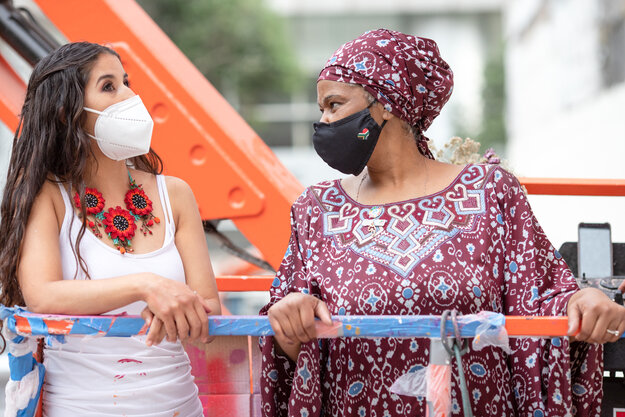 Adry del Rocío, a specialist in 3D works, has painted urban art murals in various countries, and this time she joined the Forum through an inspirational workshop. The workshop was attended by a group of 15 representatives nominated by the Forum’s Civil Society Advisory Group at the national level. More than half of the group were girls and adolescents, in co-creation with older feminist women. As a result of this workshop, Adry created a sketch that represents the hopes, dreams, and energy of girls, youth, and women to achieve gender equality, and recognizes not only the contributions of the many women who preceded them in the struggle for their rights but also highlights the importance of intergenerational dialogue and alliances towards an equal future.

“With my heart on fire, I want to encourage my sisters to continue creating a more just and equal society of opportunities. We are not alone, always beating in sisterhood”, said Adry del Rocio.

The mural is part of the diverse cultural agenda of the Generation Equality Forum, held virtually from March 29 to 31 from Mexico City, and includes activities such as photographic exhibitions, film shows, virtual concerts, literature, illustration, performance, and now the unveiling of this monumental work a few blocks from the iconic Reforma Avenue.

“When we speak of art, culture, and women, we speak of another silence in which we have an absolutely historical outstanding debt.

Women have always been linked to art; they have always been linked to culture and have always had fundamental roles. But the problem is that history did not tell”, said Vannesa Bohórquez López, head of the Mexico City Secretary of Culture on behalf of the Head of Government of Mexico City, Claudia Sheinbaum Pardo. “That is where our responsibility is; for giving the place to the woman she deserves” and she stressed that for the first time there will be 14 sculptures of outstanding women in history, on Avenida Paseo de la Reforma, one of the main roads in Mexico City.

The global #GenerationEqualityMurals project is curated and produced by SAM for the Generation Equality Forum through UN Women, and is the first in a series of three murals in the Forum’s host cities; the other two will be painted in Paris and New York. SAM’s free App “Behind the Wall®” will enable the public to scan the mural to learn more, engage with the art from home, and take action. The execution of this artwork was made possible thanks to the support of Televisa Foundation and thanks to Hotel del Ángel, on whose facade the mural can be admired.

“We are proud to contribute to this major legacy initiative that will empower women globally, thanks to the incredible work of UN Women and the support of the Mexican and the French Governments. And, we warmly thank Televisa Foundation for stepping in, and fighting for women’s rights, with this first mural in Mexico City”, said Audrey and Thibault Decker, Co-founders of Street Art for Mankind. “We hope that with the powerful and vibrant art of Adry Del Rocio, we will start a necessary global conversation, unlock dreams and trigger action for women’s equal rights in Mexico, and around the world. Every voice counts!”

“We very pleased to be part of the Generation Equality Forum promoted by the UN and hosted by the Mexican and French Governments. Through the Mural and our programmes we join the efforts of UN Women to promote girls and women’s empowerment”, said Alicia Lebrija, President of the Televisa Foundation. 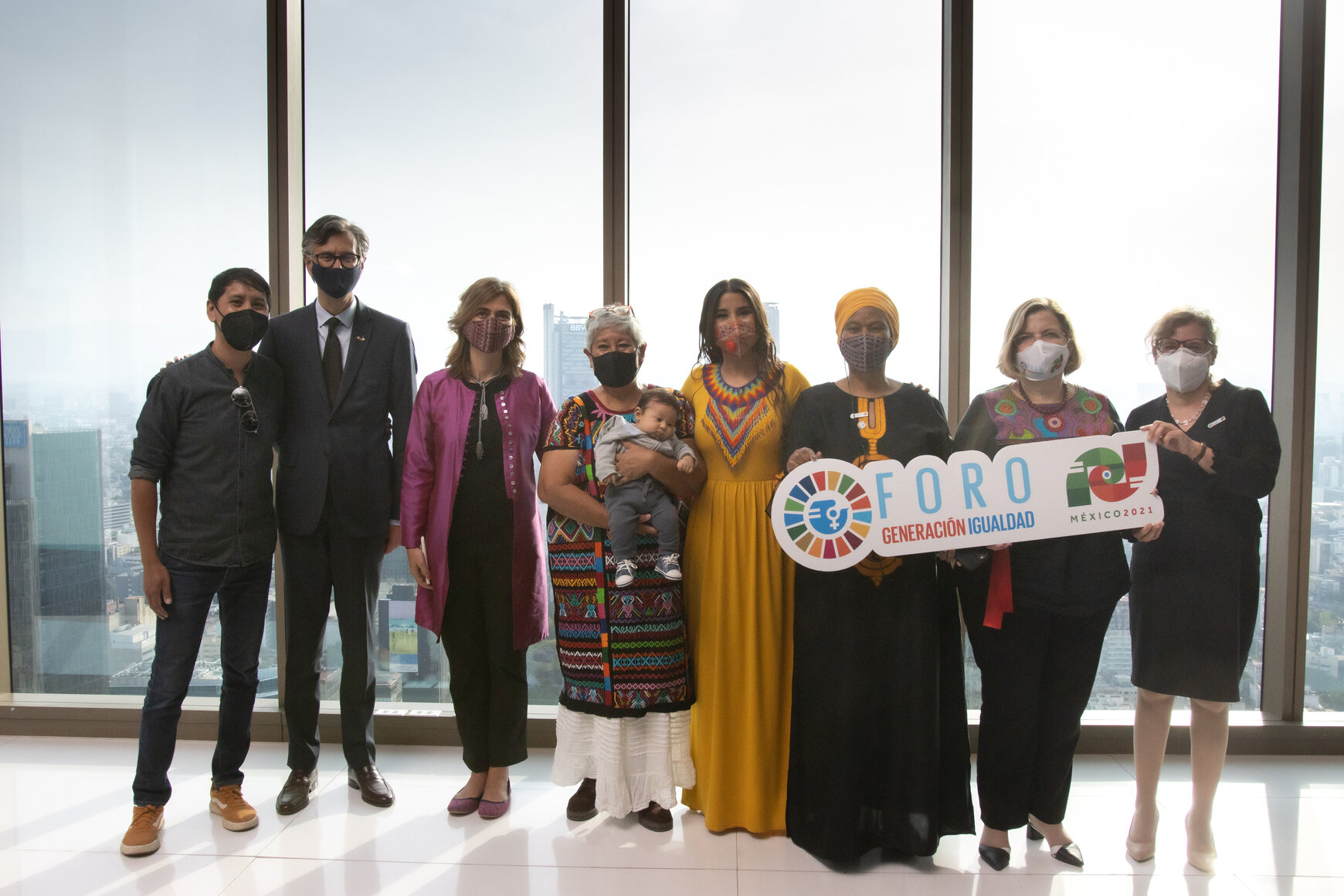 The unveiling event was also attended by UN Women’s representative in Mexico, Belén Sanz, who moderated the session, and the mural had the support of the Mayor of Cuauhtémoc Municipality, Néstor Núñez, who ensured the provision of all security measures to carry out this piece of work.

The Generation Equality Forum, convened by UN Women in Mexico together with the Ministry of Foreign Affairs and the National Institute for Women, began its journey in Mexico City from March 29 to 31 and is due to continue in Paris, France, from June 30 to July 2, when the next mural will be unveiled. The Forum will culminate at the United Nations General Assembly, to be held in September in New York, where the unveiling of the third mural will mark the beginning of commitments made during this process.

You can watch the panels that took place during the Mural’s reveal in Mexico City on the role of culture and arts for the feminist movement here.

A Pathway Towards a Feminist Agenda for the Generation Equality